Welcome to our Governors’ section.

The governing body meets regularly and works with the senior leadership team and the staff to decide the school's aims and policies and to oversee the efficient running of the school. The governors work in partnership with the school and the Local Authority and have particular responsibility for:

HJS and Shortbrook Federation Governors want Shortbrook pupils to be well rounded, well adjusted and caring citizens, aware of the world them, conscious both of their rights and their responsibilities in that world.  We believe children learn best when they feel safe and confident, therefore, we believe in the following principles.

School Governors can be contacted through telephoning the main school office number. 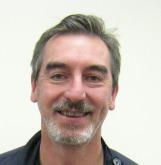 Born in Woodhouse, I am a Local Councillor who has represented this area since 2004 and I currently Chair the Councils Licensing Committee. I initially joined the Governing Body of Shortbrook School in 2004 and the federated Governing Body of Shortbrook and Halfway when this was formed. I have also served as a Governor at Westfield School. I have worked in the NHS since 1988 and still work part time managing security for Harrogate and District Foundation Trust. I played local ,league football for 30 years and still manage the occasional game of cricket, though I am now much more of a spectator than participator when it comes to sport.

After a career in education spanning over 35 years, I am now employed by the Sheffield Schools’ Company as a Learn Sheffield Improvement Partner. My current role allows me to draw on previous experiences as a teacher, senior leader and more recently executive head teacher, to support primary schools in their strategic planning for school improvement. Having worked in four different local authorities and many schools operating in very challenging circumstances, I feel that I have much to bring to school governance.

Register of Interests: None

I was born and raised in Sheffield, initially living at Firvale, but later moving to Broomhill near to King Edward VII School which I attended. I  worked for Sheffield City Council from 1971 until I took early retirement in 2012, spending several years as an auditor, but I managed to ‘escape’ and move into ‘School’s Finance’ where my role basically involved helping schools manage their budgets. I was mainly involved with primary schools and visited many over the years including a brief contact with Shortbrook and a longer spell at Halfway Juniors. This role was the most enjoyable of my working life as I felt I could genuinely provide assistance to schools and it also gave me a good working knowledge of their budgets and the problems encountered by trying to provide the best education possible with limited resources.

Since retirement I have remained active and found the cliché ‘I don’t know how I found the time to go to work’ to be very true! I coordinate one of the Sheffield U3A (University of the Third Age) walking groups, and go for a 10 to 12 mile walk in the Peak District with them most weeks, sing in three excellent choirs in the city and have taken up tennis in the last couple of years. My son and daughter-in-law are both primary school teachers in Staffordshire and my wife – Pauline – and I travel down each week during term time to collect our three year old granddaughter from nursery on Thursdays and look after her on Fridays. We also manage occasional visits to our daughter who lives with her husband and baby daughter in Bristol.

I was born and grew up in Oxfordshire, I moved to Sheffield over 13 years ago to attend The University of Sheffield to study Mathematics and Physics. I subsequently trained to be a Teacher of Mathematics at Sheffield Hallam University and have remained in Sheffield since working at several different secondary schools within the city during this time. I am now settled in Halfway and my eldest child attends Halfway Nursery and Infant School. I am invested in education, both through my work experience and being a parent, I feel that this gives me a useful tool set to offer the governing body. I can both appreciate the school view, whilst maintaining a drive for all children in the local area achieving their best. I am excited to undertake the role of governor across both Halfway Junior and Shortbrook School to work with the other governors to enable local children to achieve their best in their early educational experiences.